The AES cases in Muzaffarpur, Bihar, and adjoining litchi producing districts have been observed mostly from April to June, particularly in children who are undernourished with a history of visiting litchi orchards. Relationship between consumption of litchi and AES was postulated by National Centre for Disease Control, Delhi (along with Centre for Disease Control US) in acute encephalitis in children, in Muzaffarpur.

Other causative agents for AES are

Dengvaxia, the first vaccine approved for the prevention of Dengue Fever 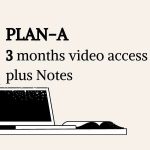